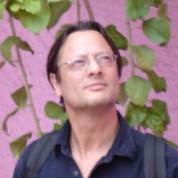 Bio Carlo Berzuini holds a Research Chair in Biostatistics at the University of Manchester, United Kingdom, since 2011. Former Professor of Biostatistics at the italian University of Pavia (1983-2008), he officially leaves the Italian Academia and moves to Cambridge in 2008. At that time, he counts on a decades-long experience of scientific collaboration with British researchers, eg. D.Clayton, D.Cox, A.P.Dawid, W.Gilks and D.Spiegelhalter.

2008-2011 Employed at Cambridge Faculty of Mathematical Sciences, he co-organizes (with Bernardinelli and Dawid) the (arguably) first major international conference on Causal Inference. He lead-edits a landmark book on Statistical Causality (Wiley).

Research Management after arrival in UK

His most recent (2019-) activity as a peer reviewer for statistical, biological and medical scientific journals is documented in Publons (https://publons.com/researcher/1669670/carloberzuini/). He has been a statistical reviewer for research funding bodies as MRC and NIHR. See https://orcid.org/0000-0001-6056-0489 for further information.

Any cookies that may not be particularly necessary for the website to function and is used specifically to collect user personal data via analytics, ads, other embedded contents are termed as non-necessary cookies. It is mandatory to procure user consent prior to running these cookies on your website.